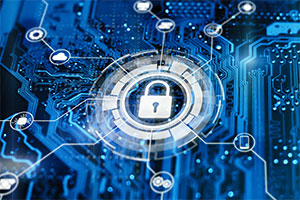 Late last year, the SEC filed a litigated action in the U.S. District Court for the Southern District of New York against Ripple Labs Inc. and two of its executive officers (collectively, “Ripple”), alleging that Ripple raised over $1.3 billion in unregistered offerings of the digital asset known as XRP. Ripple opted not to file a motion to dismiss the complaint, and based on recent filings it appears that the parties do not believe a pre-trial settlement is likely. The SEC’s complaint alleges that, beginning in 2013, Ripple raised funds through the sales of XRP in unregistered securities offerings to investors in the U.S. and abroad. Ripple also allegedly exchanged billions of XRP units for non-cash consideration, including labor and market-making services. The SEC’s complaint also named as defendants two executives of Ripple who allegedly effected personal, unregistered sales of XRP totaling approximately $600 million. According to the SEC, during all of this, Ripple failed to register its offers and sales of XRP, or satisfy any exemption from registration, in violation of Section 5 of the Securities Act of 1933.

The SEC’s case rests on the proposition that XRP is a security – if it is not, the SEC lacks jurisdiction. In SEC v. Howey, the Supreme Court provided a framework for determining whether certain assets are “investment contracts,” and therefore, are securities (Section 3(a)(10) of the Securities Act defines the term “security” to include an “investment contract”). In what is now known as the “Howey Test,” the Court explained that an asset is a security if it represents an investment in a common enterprise with the expectation of profits derived solely from the efforts of others. In its complaint, the SEC argues that XRP is a security because investors who purchased XRP anticipated that profits would be dependent upon Ripple’s efforts to manage and develop the market for XRP. Ripple has disputed the SEC’s allegations, arguing that XRP is a “fully functioning currency that offers a better alternative to Bitcoin.”

The Ripple case raises three very important questions regarding digital assets, and may provide a vehicle for the SEC or the court to offer answers to those questions:

Hopefully, the Ripple case will provide answers to one or more of these questions. Stay tuned.